The Feast of St. Martin

Thursday, November 11, was Veterans' Day. We honor all retired military men and women who served through the perils of wars risking their lives in defense of our nation. November 11 was also the Feast Day of St. Martin who served as a soldier, then enlisted himself in the spiritual service of Christ. As a child, Martin was attracted to the Christian faith. He was drafted into the army at age fifteen. His military vocation led to a deepened spirituality.  One winter day Martin noticed a beggar, naked and trembling from the cold. The man cried for help in Christ’s name. Moved with compassion, Martin had nothing except his weapons and his soldier’s cloak. Martin took off his cloak, sliced it in two with his sword, and gave the beggar a half.  That night Martin had a vision in which Christ, clothed in a half cloak, and His angels appeared to him. Christ told the angels, “Martin has clothed Me with this garment.”

This vision convicted Martin that God in Christ is real. He received Baptism at eighteen years. After two more years in the army, Martin requested discharge and was accused of cowardice. In his defense, Martin offered to go into battle unarmed, stating, “With the sign of the cross, I shall more certainly break through the ranks of the enemy than if armed with shield and sword.” Although imprisoned, it is said that after Martin’s bold expression of faith, the two contending armies miraculously sought peace. Upon release, Martin continued his spiritual journey, first as a hermit. He was known for courageously opposing the Arians, a sect that denied the complete deity of Christ. For this he was scourged and exiled. He went to France and established that country’s first monastic community. He became a priest, then Bishop of Tours. He was known for his zeal to visit all parishes in his Bishopric and did so by traveling widely and sacrificially on foot or on a donkey.

Martin was also known for his piety, for weeping and praying even for those who reviled him. It is said that while celebrating Mass, a luminous sphere would appear over his head.

As he was dying, Martin laid on a stretcher looking upward. He refused to change his position, though in pain, stating, “let me look toward heaven than to earth so that my soul in its journey home may take a direct flight to the Lord.” Martin is depicted in paintings and stained-glass windows as a man on horseback with a sword and half of a cloak.  We honor St. Martin for sanctifying the world with his spiritual zeal and for so surrendering himself to God that God’s Holy Spirit of love and compassion flowed through him. “Give us grace, O God, to clothe ourselves in righteousness and follow in Martin’s holy footsteps.” Amen 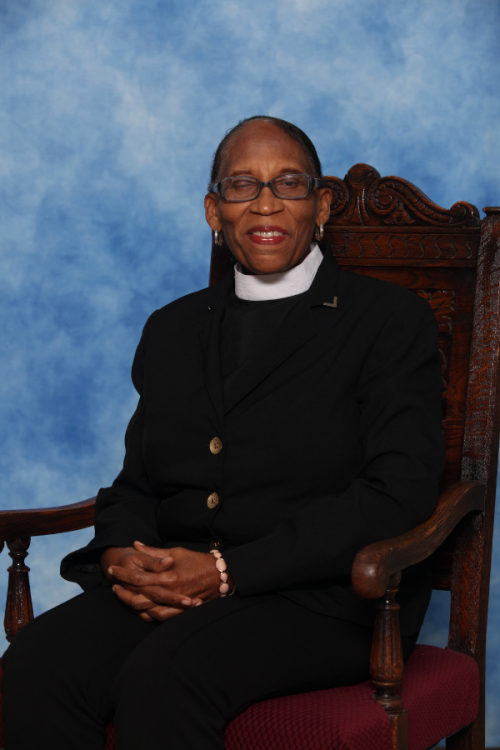